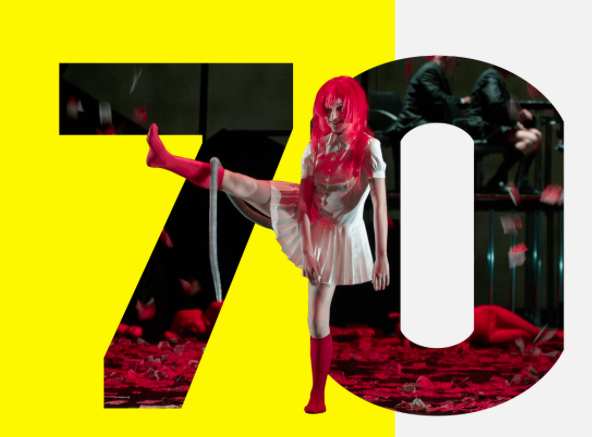 Every year, the Edinburgh International Festival gathers many of the world’s greatest performers, writers, directors, choreographers and composers to perform for international audiences in Scotland’s beautiful capital. 2017 was their 70th anniversary. 70years.eif.co.uk tells the story from the event’s conception in war-torn Europe, showcasing many highlights using content archived by the client over the decades. I’m proud to have been asked by the talented team at Lewis to help create the website for celebrating this significant milestone.

The dynamic website aligns their past, present and future as a series of fascinating and little-known stories, footage and unique perspectives, spanning the decades.

My role as copywriter involved sifting through voluminous research to create chapters that drew together the client’s themes. From this, I formed a series of textured narratives, working closely with Lewis and the client at EIF. As you can see from the screen grabs below, these featured film clips (old and new), photographs and audio content that brought each story to life.

We knew that most users would be engaged, educated audience members and stakeholders. So I combined creative copy headlines with longer copy that delved into the stories, delivering depth of detail. This was balanced with the need for the creative treatment – like the International Festival itself – to be inclusive and not too esoteric. Hence the many stories about people, communities and Festival Spirit.

Some of the stories include the following: 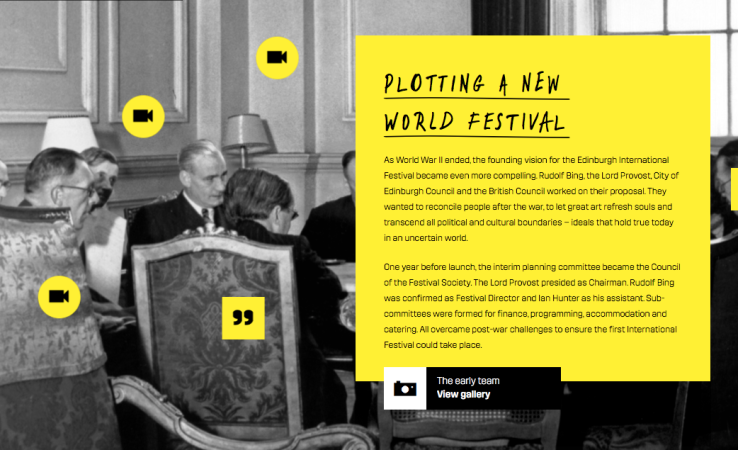 Explore all the stories while 70years.eif.co.uk remains live.

Liz did an excellent job working as part of our team creating Edinburgh International Festival’s 70th Anniversary website. Her story telling skills were hugely advantageous to the project and really supported the concept we had developed. Everyone was delighted with the end result and we’d have no hesitation in using Liz again.

Many thanks to the amazing team at Lewis and the Edinburgh International Festival for asking me to write the copy – and for permission to feature these stills.

Whisky yourself away to Glasgow’s newest Single Malt Whisky Distillery. And see how a Brand Story brings copy to life.